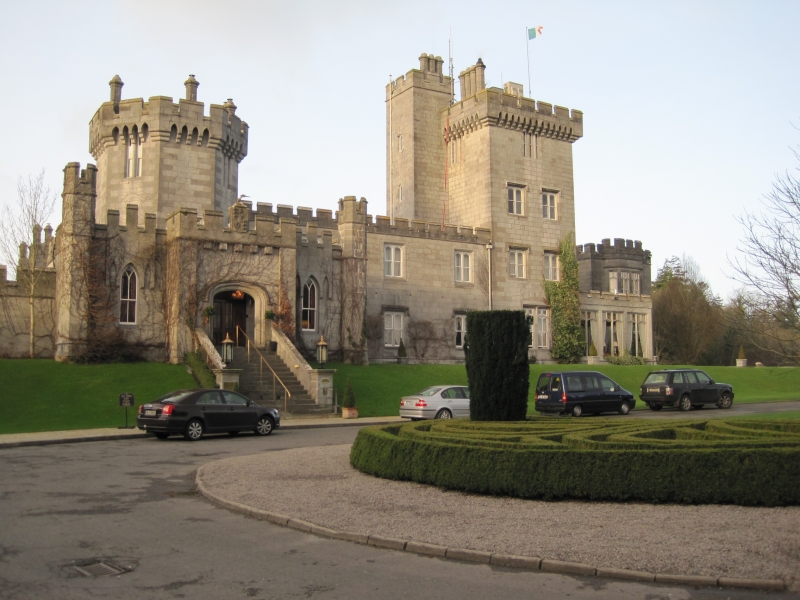 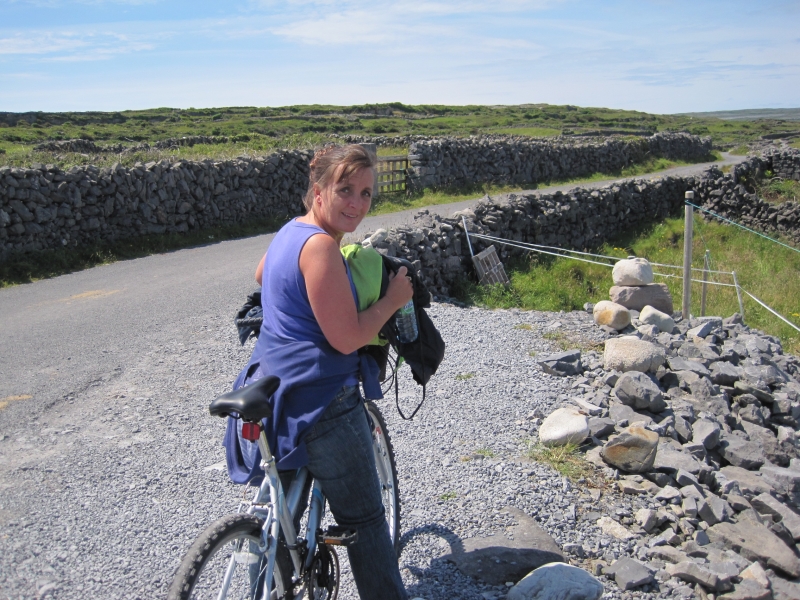 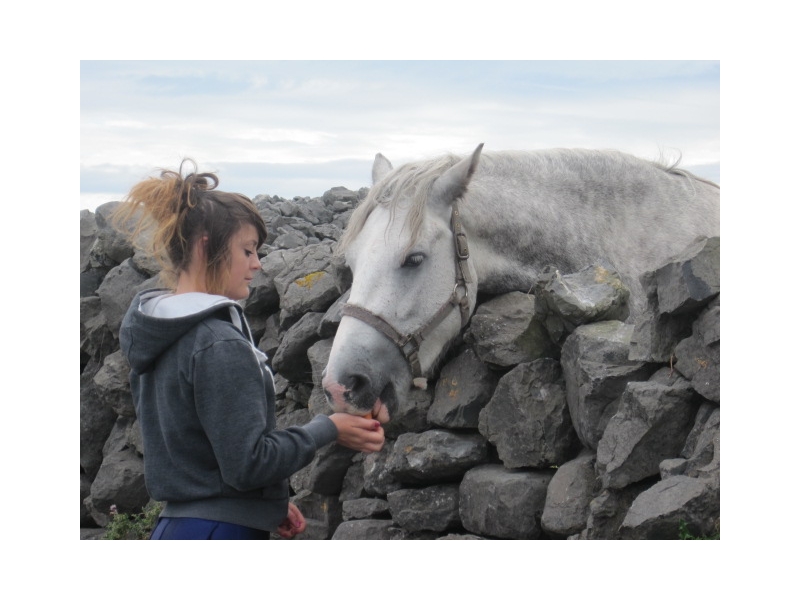 A Connemara Pony getting friendly with a tourist 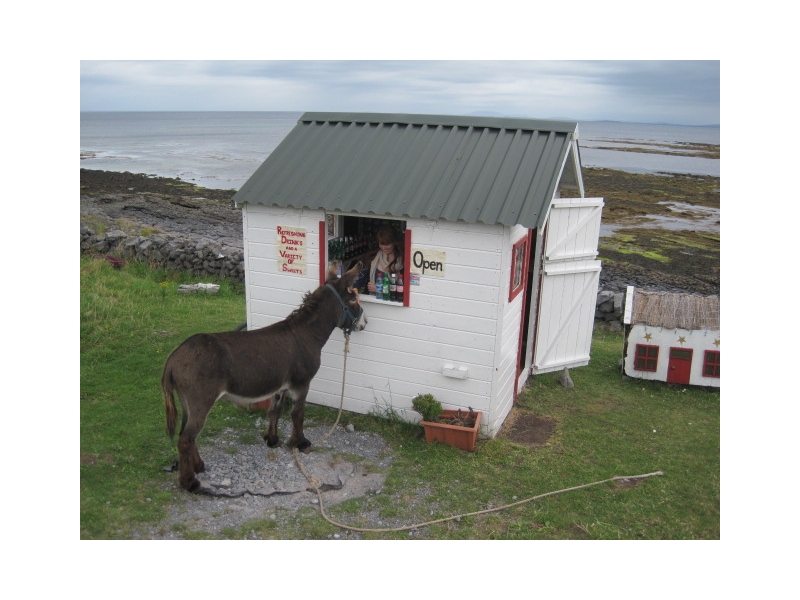 One of the locals looking for refreshments!! 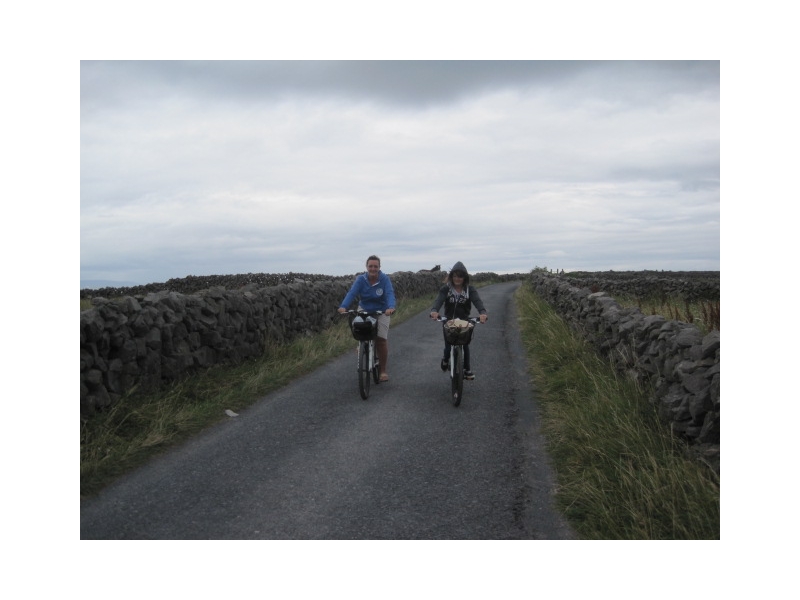 Cycling on the Aran Islands 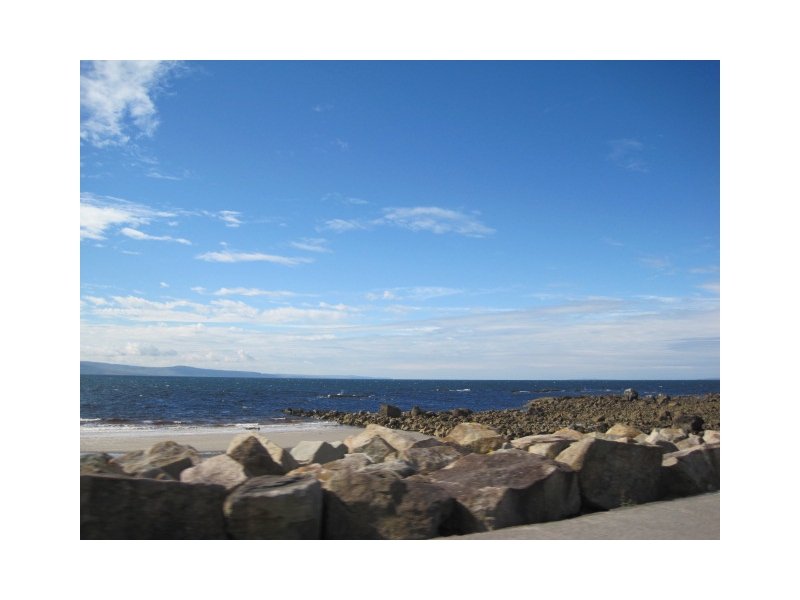 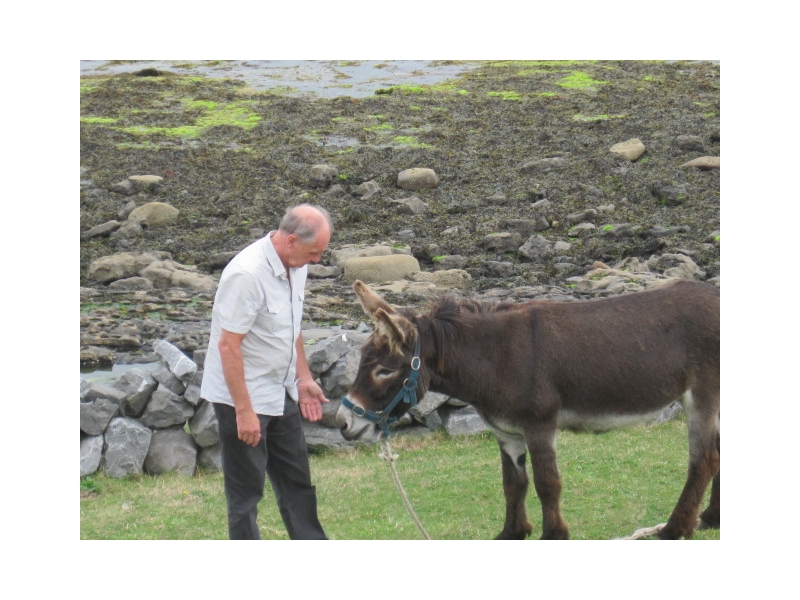 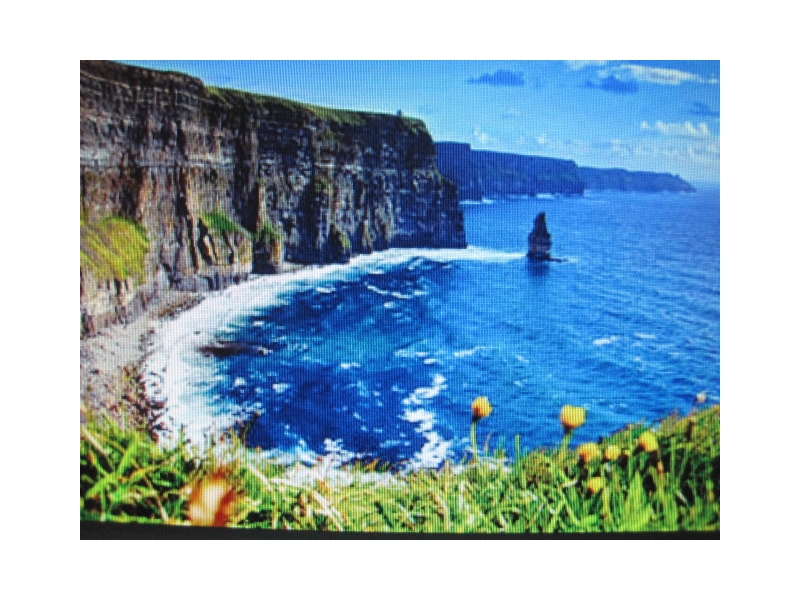 View of the Atlantic from Cliffs of Moher 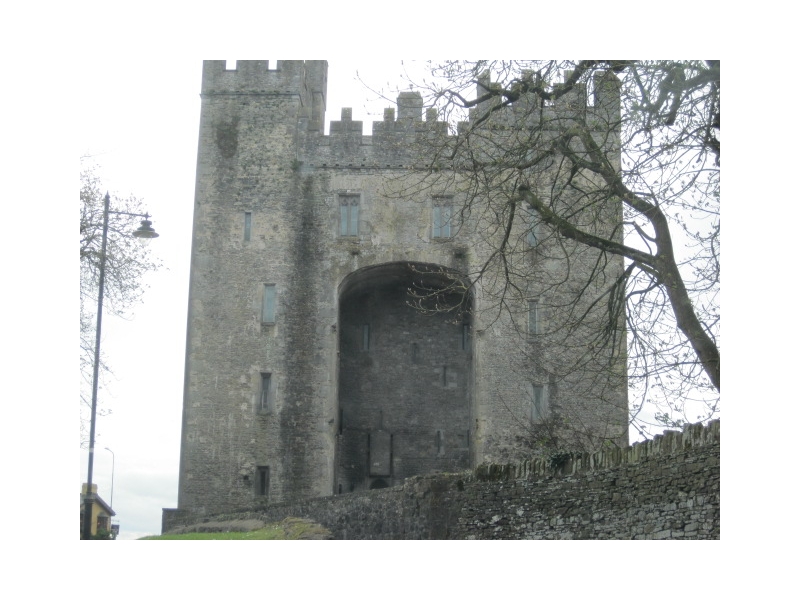 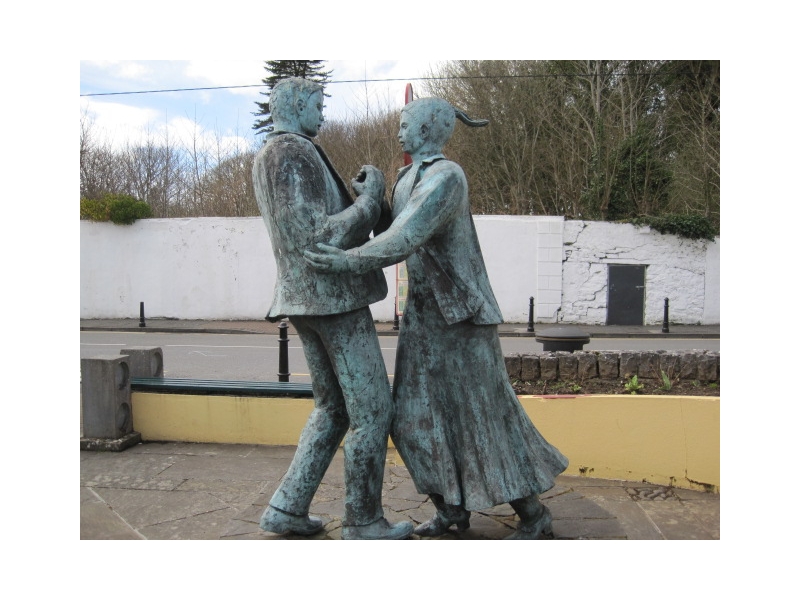 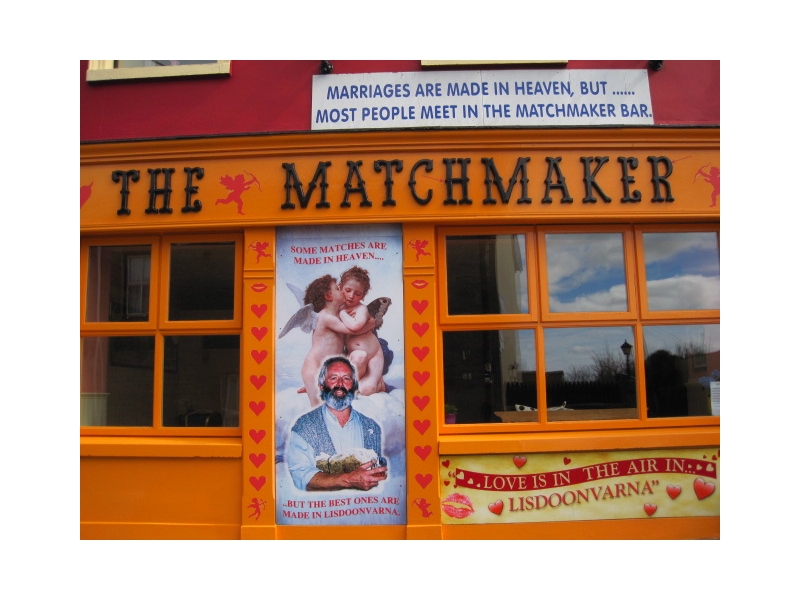 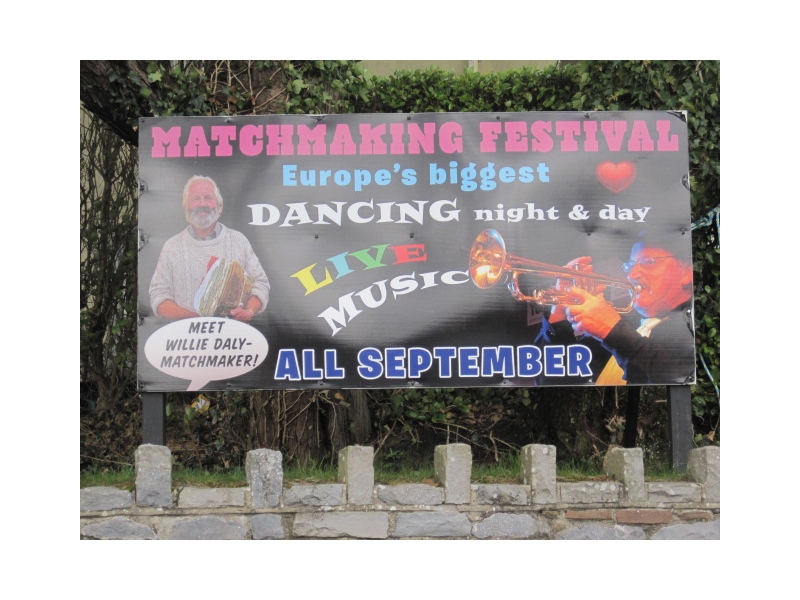 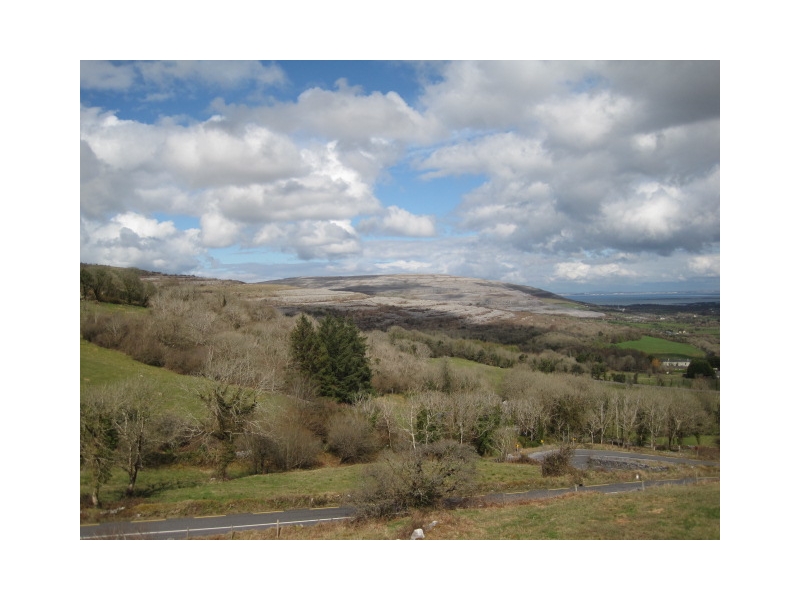 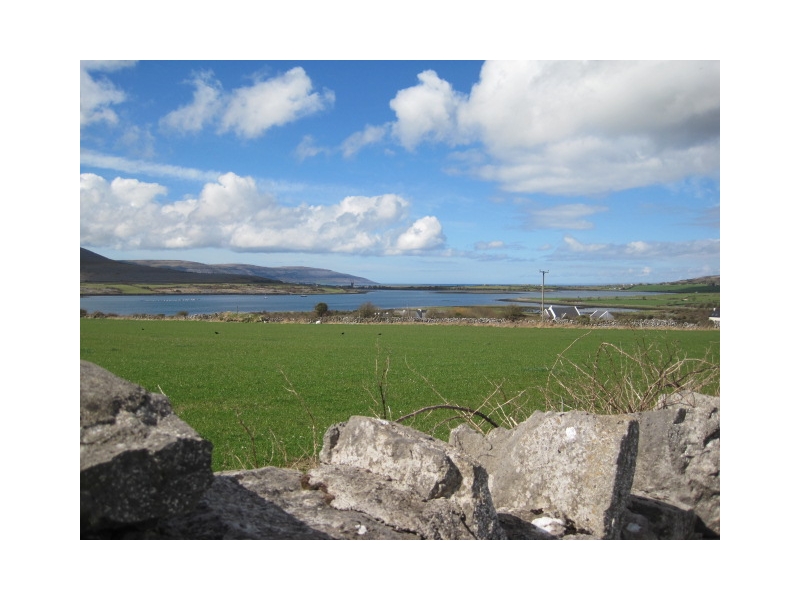 The Castle is the most complete and authentic medieval fortress in Ireland. Built in 1425 it was restored in 1954 to its former medieval splendour and now contains mainly 15th and 16th century furnishings, tapestries, and works of art which capture the mood of those times.

Today, the castle stands peacefully in delightful grounds incorporating Bunratty Folk Park where 19th century life is vividly recreated. Set on 26 acres, the impressive park features over 30 buildings in a ‘living’ village and rural setting. Meet and chat with the Bean an Ti (Woman of the House) and various street characters including the Policeman and Schoolteacher who give the site its sparkle during the summer months.

Enjoy the tastes, scents, sights and sounds of this enchanting place as you stroll from house to house or around the charming village complete with school, post office, doctors house, hardware shop, printers and of course the pub!

It’s a wonderful experience for adults and children alike with something for everyone to enjoy.

Dromoland Castle is a magnificent example of Renaissance architecture built in the 16th century and is renowned as one of Ireland’s premier castle resort hotels.

Enjoy the experience of castle living with a host of activities and luxuries within easy reach. "The romantic notion of a castle, the impressive grounds, the grandeur, the old-time ambiance of nobility is impeccable”.

The Cliffs of Moher are one of Ireland's top Visitor attractions. The Cliffs are 214m high at the highest point and range for 8 kilometres over the Atlantic Ocean on the western seaboard of County Clare.

O'Brien's Tower stands proudly on a headland of the majestic Cliffs.

From the Cliffs one can see the Aran Islands, Galway Bay, as well as The Twelve Pins, the Maum Turk Mountains in Connemara and Loop Head to the South.

Lisdoonvarna hosts an annual Matchmakers Festival and draws singles from all over the world.

Each year, during the month of September, this small village on the western coast of Ireland offers a quest for the romance holy grail to hordes of lonely souls - the capturing of an Irish heart. Ah, 'tis a prize indeed.

The Burren, from the Gaelic word Boireann is an area of limestone rock covering imposing majestic mountains, and tranquil valleys with gently meandering streams. With its innate sense of spiritual peace, extraordinary array of flora and wildlife, and megalithic tombs and monuments older than Egypt's pyramids, the Burren creates a tapestry of colour and a seductively magical aura which few people leave without wanting to experience again. Finish off the day with a meal in a traditional Irish pub.

Contact us to find out more information on Chauffeur tour of Clare or to make your booking now.